Donors, trustees, and friends of the Max Planck Florida Institute for Neuroscience celebrated the tenth anniversary of the institute’s opening at a dinner on November 7, 2022. The event was held at the Jupiter, Florida-based institute and featured the premiere of a mini-documentary showcasing the decade of achievement from Max Planck Florida researchers. Dr. David Fitzpatrick welcomed guests and shared his pride in the institute’s thriving work before honoring outgoing FAU president John Kelly for developing educational partnerships involving MPFI research groups. Kelly was presented with a glass neuron sculpture in appreciation of his dedication to science education.

“Since he began at FAU in 2014, President John Kelly has been a tremendous advocate for his students and us here at MPFI,” Fitzpatrick said. “During his tenure as president, we have worked on many important education initiatives, including the FAU Max Planck Honors College, FAU High School in Partnership with Max Planck Academy, our joint Ph.D. program, IMPRS for Synapses and Circuits, and most recently a joint MD-PhD program. From the beginning, John has recognized the importance of the work we do at MPFI and has worked tirelessly to harness this momentum in ways that benefit the lives of his students.”

Fitzpatrick also honored the contributions of outgoing Max Planck Society president Martin Stratmann, who could not attend due to illness. “Martin Stratmann advocated for us, guided us, and fought for a path toward our sustainable funding from Germany. We owe our continued existence to his dedication and belief in us,” Fitzpatrick told supporters. Stratmann was given original artwork of neurons in the cerebellum created by an MPFI researcher. Fitzpatrick noted that “the cerebellum controls movement, and it was Stratmann’s work that moved the institute forward.”

Asifa Akhtar, Vice President of the Biomedical Section of the Max Planck Society and chair of the MPFI board of trustees, accepted the gift on Stratmann’s behalf. In her remarks, she praised the scientific excellence of MPFI, which is the only Max Planck Institute in North America.

In attendance were: George Elmore and Marti LaTour, Mike Mitrione, Greg Novak, Judy and Jim Harpel, Jackie and John Hannon, Nasser Kazeminy, Jeff Atwater, Raquel Rodriquez and Danijela Juretic,  as well as other supporters and trustees of the nonprofit. 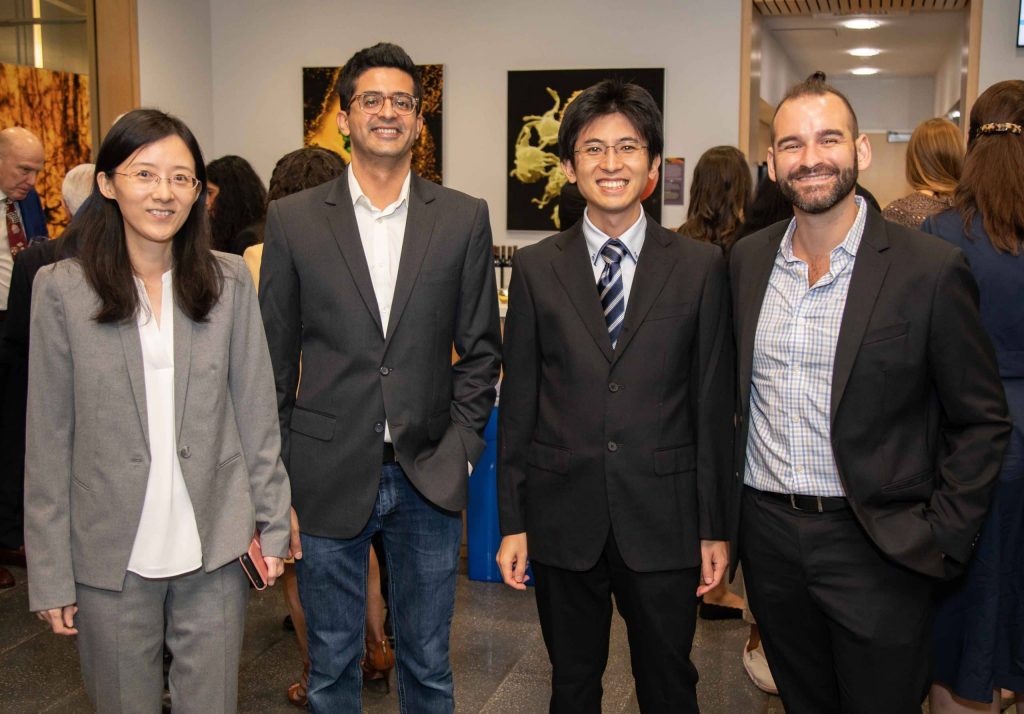