The Max Planck Florida Institute for Neuroscience (MPFI) held its 9th annual Brain Bee Challenge Saturday, April 2, 2022. Nervous excitement filled the room as 60 Palm Beach County students readied themselves for a thrilling competition that would show which team knew the most about topics such as learning and memory, emotion, sensation, movement, aging, neurobiology, brain anatomy, and neural disorders.

“It was an incredible experience to see so many students who are passionate about science and in particular, learning about the brain,” said Dr. Ilaria Drago, MPFI’s Head of Education Outreach. “As one of our signature events, Brain Bee is an important opportunity for Max Planck Florida to raise awareness of the field of neuroscience and help inspire the next generation of scientists.”

Teams were able to tour the institute and learn about the organization’s microscopy facilities and mechanical workshops, as well as participate in hands-on neuroscience demonstrations. The Mary and Robert Pew Public Education fund also donated a 3D printer which was awarded in a raffle to FAU Henderson High School. More than 330 viewers tuned in to cheer on the competitors and watch the live stream of the event.

The Max Planck Florida Brain Bee Challenge is held each year to increase public awareness of the importance, progress, and benefits of brain research. The event is sponsored by the Mary and Robert Pew Public Education Fund, which has supported the event since its inception in 2012. 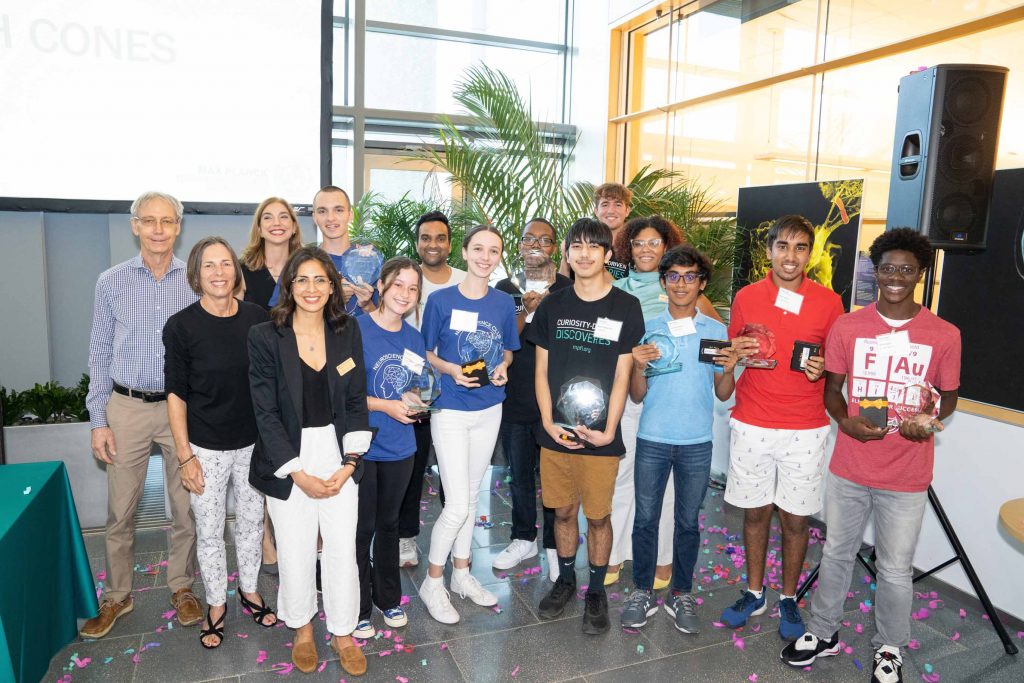